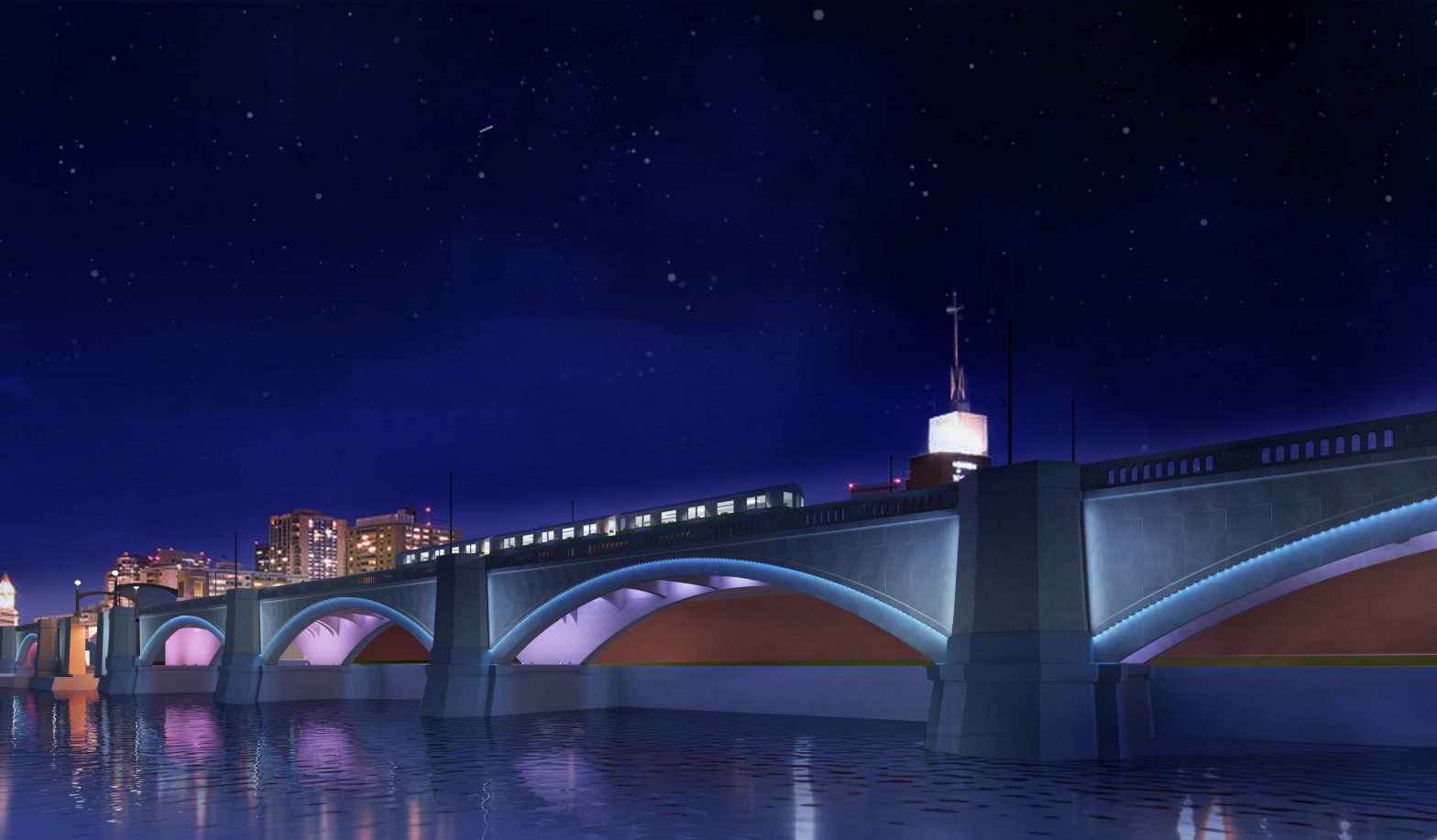 The first -place winner of the Lechmere Viaduct lighting competition, moonPHASE offers a lighting scheme with a tide created by light, engaging viewers.

For millennia, our ancestors mapped the night sky and found connections between the stars and the cyclical nature of time on earth. Scientists eventually understood the connection between the moon and tides – today, we recognize this phenomenon as tidal locking. Tides rise and fall according to the gravitational pull of our moon, as it waxes and wanes through its phases.

Predicted and mapped by the phases of the moon, the ebb and flow of tides once created the daily cycles of coastal communities. Along most of the Eastern coast, this connection to the night sky is lost to light pollution. Similarly, the Lechmere Viaduct was constructed within the context of a major civic land-works project, which separated the Charles River basin from the natural cycles of the sea.

moonPHASE reengages the head of the Charles River with the lunar cycles and changing daily tides. The span of the bridge will show a gradient of pastel-hued light, representative of the high and low tides each day, while the arches will pick up the color of tide at that particular moment, slowly cycling up and down. The causeway lights create a marker, cycling through the same cool-to-warm pattern as each night progresses. moonPHASE bears witness to the temporal relationship between celestial bodies, putting our tenuous relationship with our planet in context.