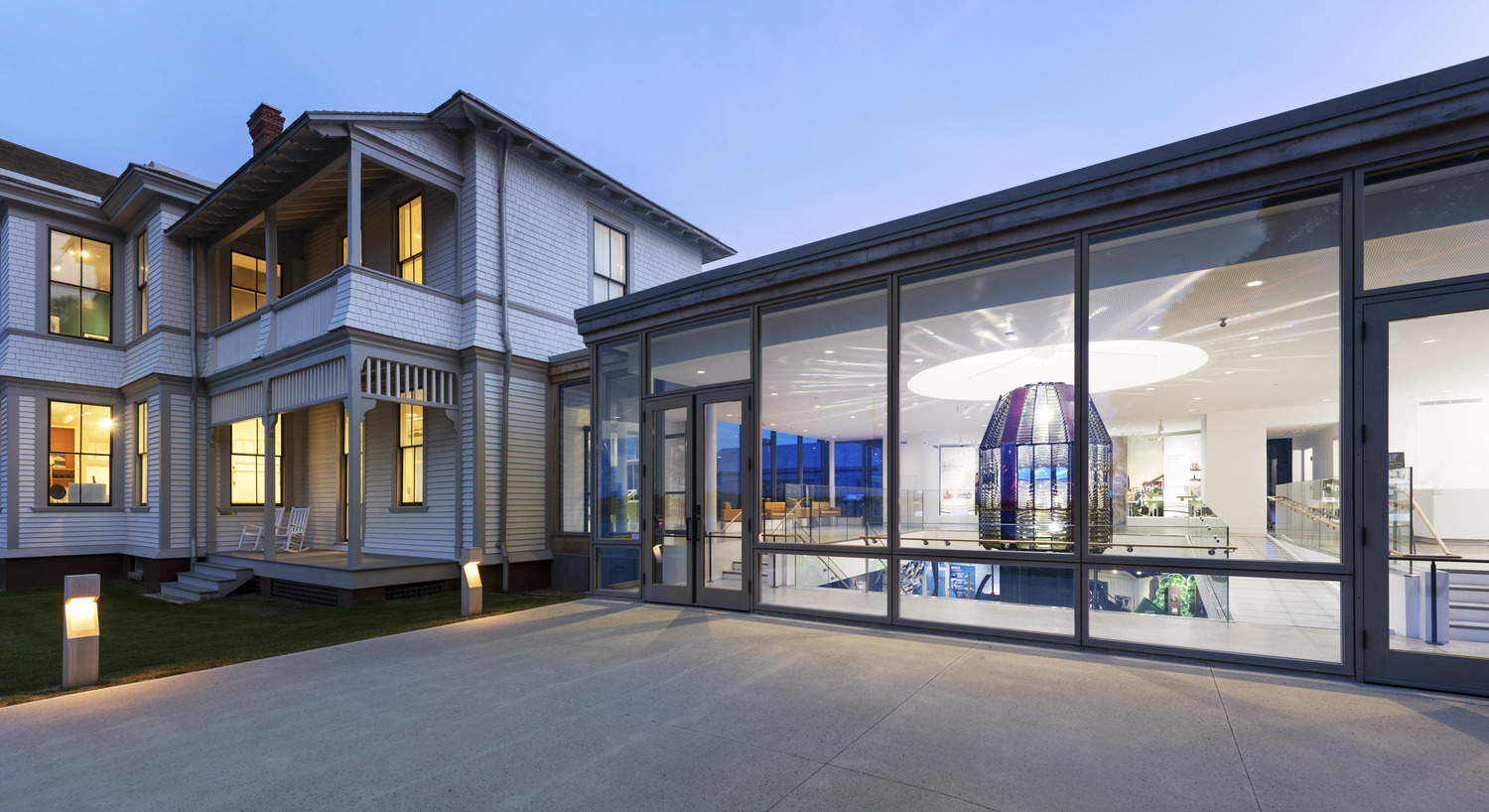 The transformative design respects the preeminence of the Marine Hospital building while meeting the Museum’s programmatic goals. All new construction in deference to the 1895 building, out of the primary view-shed from the harbor and the town, respecting the 1895 building’s historic relationship with its north lawn and terraced hillside overlooking Lagoon Pond. The new project’s major elements include: re-purposing the 10,000 square-foot Marine Hospital Building in a manner consistent with the Secretary of the Interior Standards for Rehabilitation to meet the Museum’s visitor services, collections storage, research and gallery needs while respecting its historical elements; a 5,100 square foot Exhibition and Collections wing housing permanent exhibits, featuring the Museum’s crown jewel, a first-order Fresnel Lens originally installed in the Gay Head lighthouse in Aquinnah; and a 2,400 square foot Vehicles and Vessels building housing the Museum’s collection of large objects while also serving as a multi-purpose function space.