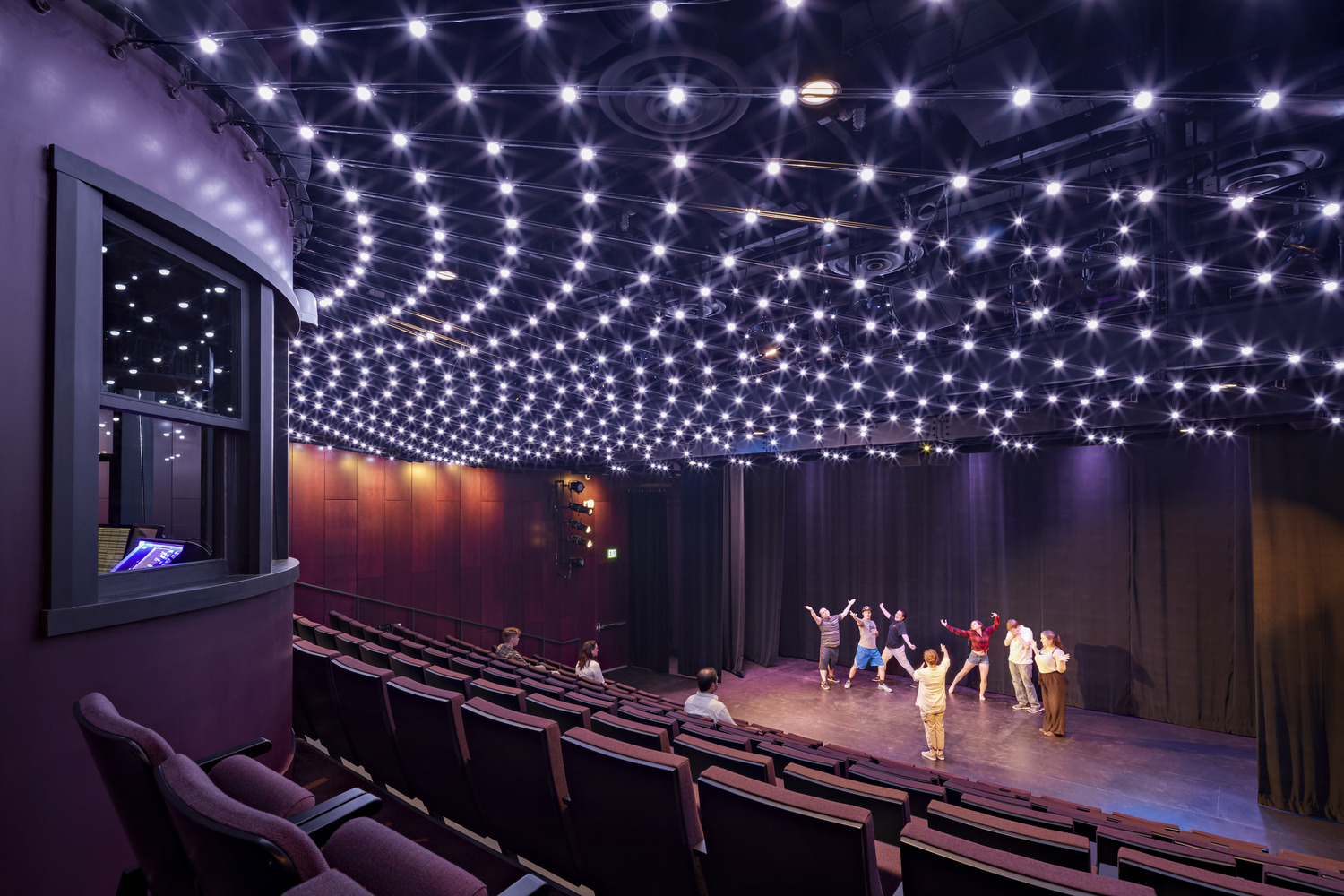 Originally a train depot (constructed in 1877), this performing arts center relied on an egg-shaped form inserted into the building to act as the new structure, as well as forming the volumes for the three primary spaces contained within: a theater, a music recital hall, and a dance studio. Central to the lighting design concept was to light this form, turning the ornate façade into a dynamic color-changing lantern. Within the theater space, a grid of color-changing nodes, mounted to a bespoke cable system creates a false ceiling, which may be used for both house lighting and performances. Lighting in the music recital hall echoes the design in the theater: various lengths of linear low-voltage fixtures are mounted to aircraft cable running the length of the space, and interspersed with track lights, serving as the performance lighting.